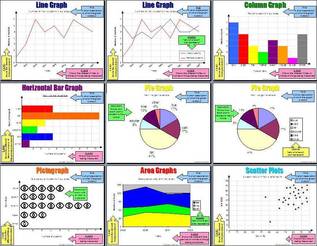 Graphs can be used to visually represent the relationship of data.  It can help organize and show people statistics, which can be good for some and not so good for others, depending on what the statistics show.  Organizing data graphically can come in handy in fields like business, sports, teaching, politics, advertising, etc..  We see graphs in the newspapers, magazines, and on television because they help us to communicate information. Many different types of graphs exist, and each has something different about it that makes it useful in a unique way.  In this unit we will look at how information is collected, organized and displayed.

Today students reviewed the skill of interpreting information from graphs.  They were provided with the following activity sheets to complete in class/home:

Yesterdays lesson focussed on reading information from graphs created by someone else.  Today the students were asked to make decisions as to which graphing format is most effective to present certain types of data.  They were also expected to use the information from their created graphs to solve problems.
The following weblink provides information about three common types of graphs : 1) pie/circle graph  2) bar graph
3) line graph
With so much data and so many options, the question becomes, "WHICH TYPE OF GRAPH SHOULD I USE TO DISPLAY MY DATA?".  Here are a couple of helpful videos to help to decipher which graph is appropriate for different data sets:

The students followed the activity on taking a survey, recording the results and making predictions.  They used the following chart to input the results of each of the subsequent samples:
As a followup, students were asked to complete the Reflection Questions #1-3 on page 97 of the textbook.

The students were asked to complete an activity page on stem and leaf plots and the following questions from their textbooks:  page 435-436 #1-6

A histogram is a type of bar graph that shows how frequently data occurs within certain ranges or intervals. The height of each bar gives the frequency in the respective interval.  Unlike a bar graph, the individual bars of a histogram touch each other and all of the bars are coloured the same hue.
Histograms show the frequency that data items occur within successive numerical intervals of equal size. In most histograms, the independent variableis plotted along the horizontal axis and the dependent variable is plotted along the vertical axis. The data appears as colored or shaded rectangles.
Constructing  a histogram involves  grouping the data into categories or intervals based on the frequency of the individual values within the data.  This organization process usually occurs within a frequency table. 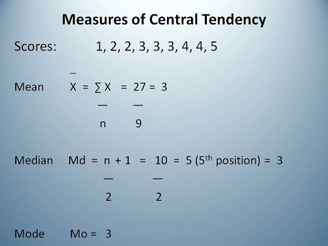 Differences among the measures occur with skewed distributions.  Skewed results occur in a data set when distorted or biased numbers show up in the set that greatly impact the measures of centrally tendency.  For example, if one student in the class receives a mark of 30% on a test, but most of the students receive a mark of 75%, the entire mean score of the test for the class will be skewed negatively.  The same can happen in the opposite direction with a positive skew.

In this lesson, students will use the "Communication Checklist" to evaluate if the graphs they are looking at are appropriate for the information that is displayed; if the creator of the graph has made a convincing argument to support his/her conclusion; and to see if the sample size is truly representative of the population the graph intends to target or if there is some bias in the analysis.
Communication ChecklistThe students will also be asked to decide which graph format most effectively presents a data set and whether the graph accurately supports the claims made by the people who collected the data .